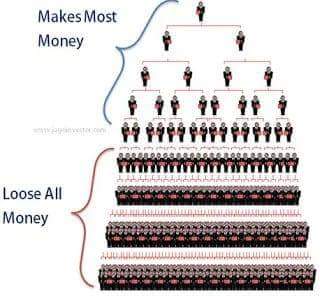 No registration fees nor company account to pay into rather all money is in the personal bank accounts of all members and are transferred member to member when required hence MMM requires honesty from all its participants.

MMM only regulates the process of linking members to give help to one another.

HOW DOES IT WORK:
When you register, you get an online personal office (PO). In your PO you declare your willingness to provide help (PH). The amount you declare begins to grow from the moment you declare to PH. This amount grows to 30% monthly.
In the course of one month, you will be matched with another member to send the money to.

To withdraw you must have actually sent 2000 from your account to another participant linked to you by the system.

After 30days you will request for help and other members will donate same amount you donated but with 30% increase. (for example, if you donate 2000 on the 2nd of July,you will receive 2600 by 2nd August)
The minimum you can start with is 2000 maxi is 2.4million.”

I got home sometime last week and my wife showed me the message broadcast quoted above, introducing a new ‘business idea’ called  MAVRODI MUNDIAL MOVEMENT   “MMM” scheme to her. I read the message and immediately saw all the signs that this MMM scheme is a Hybrid of Ponzi and High Yield Investment Schemes.How did I know?I will share with you all the signs before you or your loved ones fall victim.

Reading the Zimbabwean newspaper, The Standard edition of 13 August,
I was surprised by the number of people that were duped by the MMM. Mary, a triple M participant who still doesn’t understand the reality that she and other triple M participants have been duped was quoted as saying
“I put my money every week and I earn 30% interest; this has been sustaining me, I have managed to earn money for daily expenses such as diapers and groceries. I   started off with $50 and I received $85, with $20 joining bonus. But I don’t leave money in the system for too long. The moment it matures, I take it out.”

Mary said the scheme was good as it allowed one to get 10% whenever they recruited another person.

Mary said there were rumours this year that the scheme was no longer working after the Reserve Bank of Zimbabwe (RBZ) announced it was planning to introduce bond notes, but the information was untrue.

She said at the moment, the system has had many people requesting for money when there were few investors willing to “donate” funds into the scheme.

“The scheme has now announced that all those who are requesting money will get it by September 15 2016 as it was overwhelmed with requests,” she said.

“So other people are now angry that they are failing to withdraw their money but when you join the system on the internet, you will see a notice that says joining is at your own risk.”

By the expiration of the 15 September deadline, the worst happened,Mary and other participants could not get their money and they lost their hard earned dollars!!
Incidentally, there are lots of people like Mary in different countries that have held on to a false hope of high yield in investment and even ignored cautionary warning from their relevant government agencies. For example, in Nigeria, the country’s Securities Exchange Commission(SEC), the regulator of investment schemes, as far back as 30 August, warned Nigerians against ‘investing’ their money in MMM, but this warning remain largely ignored and many are still joining at the promise of high yield returns despite the horrible experience of Zimbabweans. Why would people still fall into the trap of this age long financial trick? It is simple: Greed and ignorance.Greed I may not be able to stop but this post can quench their ignorance.

What is Ponzi Scheme?

This is a fraudulent “high yield investment” which promises exorbitant returns with little to no risk.The investments of later investors are used to pay earlier investors, giving the impression that the investments of the initial investors astronomically increase in value in a short period of time. The crooks at MMM promised “No registration fees nor company account to pay into rather all money is in the personal bank accounts of all members ” and a guaranteed return of investment “anytime you contribute,you get 30% interest and earn extra 10% whenever you successfully recruit another person”.

Is Ponzi Scheme new? No. A Ponzi scheme once was called a “bubble,” but it was renamed in 1920 after Charles Ponzi and his United States Boston-based company had collected almost $10 million from ten thousand investors by selling promissory notes that claimed to pay 50 percent profit in forty-five days. When the scheme was exposed, a Boston bank collapsed, and investors lost most of their money.

What character of people are behind Ponzi Schemes? Fraudsters.These crooks use ponzi schemes, pyramid schemes, and offshore investment scams to enrich themselves and defraud investors. In the past, it’s usually difficult to identify the main person at the top of the pyramid but in this age of internet, you can do your personal investigation before you fall victim. For example,a quick search about the proprietor of MMM revealed the identity as Sergey Mavrodi.

Who is Sergey Mavrodi,the owner of MMM ?
According to The Independent UK in its report titled: MMM Global: Russian ‘Ponzi scheme’ from 1990s reborn and now ‘spreading like wildfire’ in Africa, the MMM Ponzi scheme was established by former Russian politician, Sergey Mavrodi, who went on the run when the original MMM, standing for Mavrodi Mondial Moneybox, “collapsed in the late 1990s, losing investors an estimated $100m.”

It reports that, “On its website, MMM Global unashamedly advertises itself as a scheme whereby new members ‘assist’ older members by paying a fee to join. Older members are allowed to withdraw money after a certain period of time, and receive bonuses for encouraging others to sign up.

“Mavrodi himself is reported to have gone into hiding after a separate entity designed to reward investors with the cryptocurrency bitcoin – dubbed the ‘Republic of Bitcoin’ – folded in April this year.”

What are the signs of Ponzi Schemes and High-Yield Offshore Investments?
Just look out for the following signs.
If it’s a Ponzi scheme,
the Signs are:

1. The investment returns are abnormally high or unusually consistent.
That much was confirmed by Mary before she eventually lost her investment.

2. The scheme makes bogus impossible claims and guarantees like “double your money back” in 6 months or less when in actual real business settings, astronomical returns of 200% or higher is never promised. Typical of ponzi schemes, MMM guaranteed 30% interest in a month and extra 10% for every new member recruited by you so in less than 6months, you are guaranteed ‘double, triple or even quadruple your investment’a trait you could find extremely difficult to resist.

3. The scheme promises more returns if you make higher investment with a tenor of not less than a week or month and when it’s time to withdraw, the scheme makes it difficult for you to withdraw your money, claiming that funds are frozen.
In Zimbabwe, the scheme announced its freezing of payment because people were no longer ‘donating ‘ and that all those who are requesting money had to wait until September 15 2016 as it was overwhelmed with requests. By the deadline, these crooks had gone leaving no trace!
Confirming that these crooks use ponzi schemes, pyramid schemes, and offshore investment scams to enrich themselves ,defraud investors and bolt away like Sergey Mavrodi did in the late 1990s before reappearing again to later disappear.

And if it’s a High-Yield Offshore Investment, the signs are similar only that in this scheme,the institution promises high interest rates on financial products such as Certificates of Deposit and bank accounts that pay 30% interest.
The financial institution will claim that the investment is free from taxes in all countries and financial markets then finally, they inform you that the investment is risk-free.

Has anyone ever tried to get you to invest in a financial scheme that have these signs ? If so, when did you realize that it’s a scam? Let’s share our experiences to help other people not make the same mistakes.
For now, I caution that you look before you leap into MMM

Below is the video advertising MMM, viewer’s discretion is advised once again.

Sunkanmi Vaughan is the host of ‘Bizlifelines With Sunkanmi Vaughan’ on radio and author of the most comprehensive business opportunity handbook; ‘1000+ Practical Business Ideas and Directory of Money Sources’

Ponzi Scheme Alert: Look before you leap into MMM!!

This site uses Akismet to reduce spam. Learn how your comment data is processed.